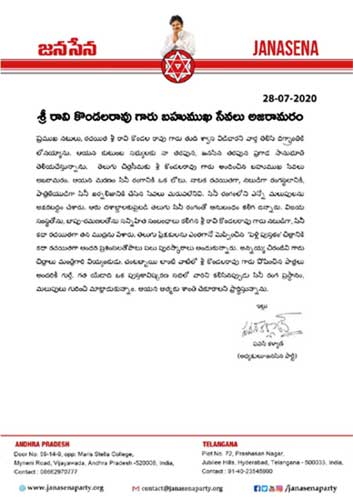 Raavi Kondala Rao passed away today and left a deep void in the industry. He has worked in over 600 films and on his death, megastar Chiranjeevi and Pawan Kalyan paid rich tributes.

Chiranjeevi in his press note said that he had the lucky opportunity to work with Kondala Rao early in his career in films like Chantabbayi and Mantri gari Viyyankudu and learned a lot from him.

Pawan Kalyan in his note said that Kondala Rao has been an inspiration and he has watched him closely during his early days. Both the mega brothers said that his loss leaves a deep void to Telugu cinema and his talent cannot be matched and paid respects to his family.