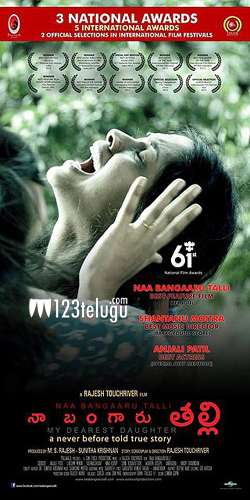 123telugu had already reported that the National Award winning film Na Bangaru Talli is going to release on the 21st of November. Latest update is that megastar Chiranjeevi is going to associate with the film. As the film is finding it hard to reach the public, Chiru will promote this film which will indirectly help in getting more buyers. Interesting aspect is that Chiru was more than willing to promote this film which has put Telugu cinema on world pedestal.