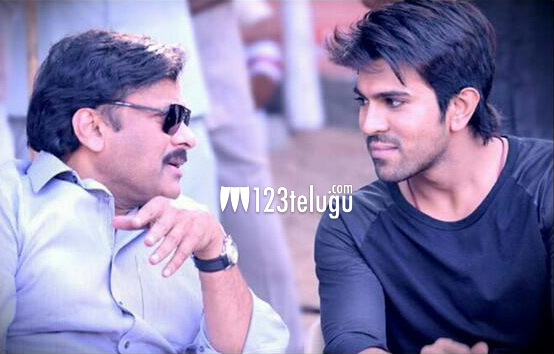 Ram Charan’s most awaited film, ‘Govindhudu Andharivadele’ is in its final stages of shooting. According to our reliable sources Megastar Chiranjeevi will be launching the film’s teaser on the 29th of July. The grand event has been planned at Rama Naidu Studios in Nanakramguda.

The teaser is being released on the auspicious occasion of Eid. Kajal Agarwal, is paired opposite Ram Charan in this family entertainer which is directed by Krishna Vamshi.

Yuvan Shankar Raja is scoring music for this film which is produced by Bandla Ganesh. ‘GAV’ is slated to release in the month of October.