Chiranjeevi was shocked after watching this hit film
Published on Feb 15, 2018 11:54 am IST 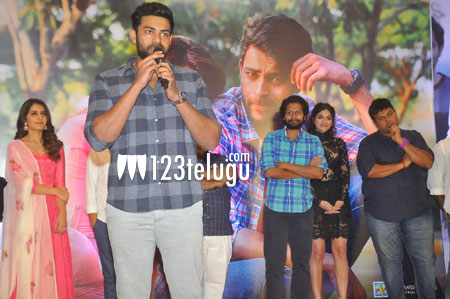 Young Mega hero Varun Tej’s latest film, Tholi Prema, released on February 10 and it has been declared a super hit. The film is having a dream run in the twin Telugu states and overseas.

During a recent success meet, Varun Tej revealed that his uncle Megastar Chiranjeevi was shocked after watching Tholi Prema. Varun said that his uncle couldn’t believe that it was a debutant who directed the film like a seasoned director. Needless to say, Chiru’s amazement and appreciation left Tholi Prema’s director Venky Atluri thrilled.

Raashi Khanna is the leading lady in Tholi Prema. Thaman is the music composer and BVSN Prasad is the producer.