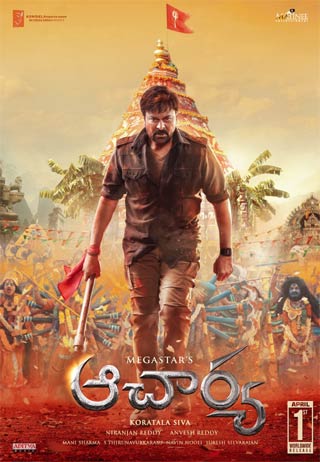 One of the most awaited Telugu biggie, Acharya featuring Chiranjeevi and Ram Charan, gets a new release date.

To note, Mahesh Babu’s Sarkaru Vaari Paata is also confirmed to release on the same day.

Produced by Matinee Entertainment and Kondiela Production Company, the movie has Kajal Aggarwal and Pooja Hegde as the female leads.