Chiranjeevi’s Lucifer remake kick-starts with an action sequence
Published on Aug 13, 2021 9:00 am IST 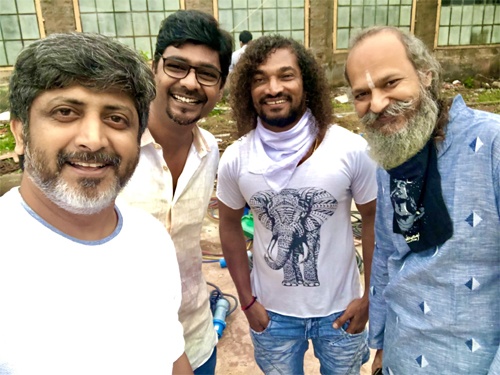 The much-talked-about Telugu remake of the super hit Malayalam political drama, Lucifer, has kick-started its shoot in Hyderabad this morning. This Megastar Chiranjeevi-starrer began its shoot with an action sequence.

Popular Kollywood director Jayam Mohan Raja, who is helming this crazy remake, took to Twitter and shared a picture of him posing with the film’s core team. Ace cinematographer Nirav Shah, star action choreographer Stun Silva and noted production designer Suresh Rajan are part of this eagerly awaited movie, which marks Chiranjeevi’s 153 outing as an actor.

Lucifer remake is being jointly bankrolled by Ram Charan and NV Prasad. Thaman is composing the music. More details about the film’s cast and crew will be out soon.

With the blessings of parents and well wishers starting next journey, this time a Mega one 😇
Getting set with an amazing team
Dop #Niravshah
Art dir @sureshsrajan
Stunt @silvastunt #Chiru153 #megastar153#shootstarts pic.twitter.com/puSMuJP4Ju