Chiru interacts with Olympic shooter for Sye Raa
Published on Nov 1, 2018 1:15 am IST 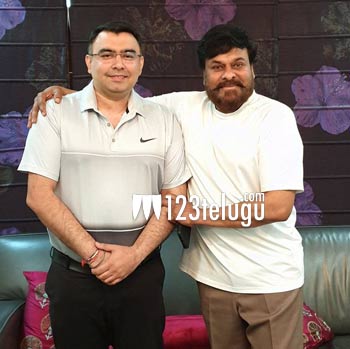 Megastar Chiranjeevi is back in Hyderabad after shooting for some spectacular action sequences for Sye Raa, in Georgia. He and the film’s team are taking a short break before moving on to the next major schedule.

Meanwhile, Chiru has interacted with Hyderabadi shooting champ Gagan Narang and learnt a few techniques in shooting. Perhaps Chiru will apply those techniques while shooting for Sye Raa. Gagan Narang had won a bronze medal at the 2012 London Olympics.

Surender Reddy is directing this prestigious magnum opus and Ram Charan is bankrolling it. The film is slated for release next year.