Chiru reveals why he never made a Bollywood comeback
Published on Aug 21, 2019 8:04 am IST 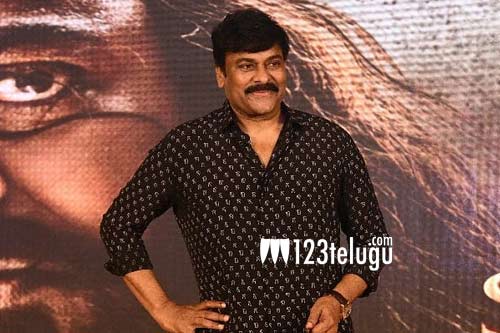 Megastar Chiranjeevi had made his Bollywood debut with the 1990 film, Pratibandh, a remake of the Telugu smash hit, Ankusam. He went on to act in Aaj Ka Goondaraj (remake of his Gang Leader) and The Gentleman (remake of Shankar’s Gentleman) in 1991 and 1992 respectively. But after The Gentleman’s release, Chiru never acted in a straight Hindi film again.

At Sye Raa teaser launch event in Mumbai yesterday, Chiranjeevi was asked why he didn’t act in a direct Hindi film over the years. Chiru said that even though he really wanted to act in Bollywood, he couldn’t find the right script those days. “I really don’t understand why it took me so long to return to Bollywood. I got busy with my Telugu films and then I also entered politics. I am happy that Sye Raa is releasing on a grand scale in Hindi,” Chiru said.