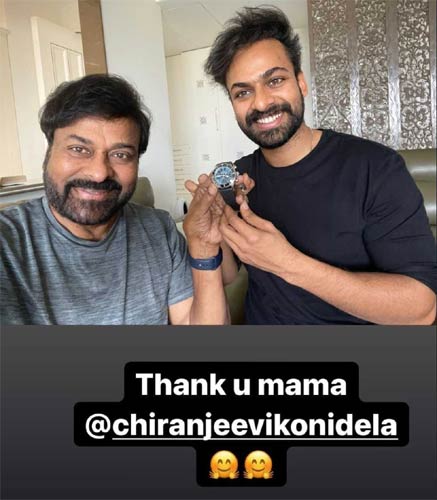 Uppena has become a blockbuster hit at the box office and has also crossed the 50 crore share mark which is a record in itself for a debut hero. Vaishnav Tej and Kriti Shetty played the main leads in this film and won a lot of applause.

The mega family is super happy with the way the young hero has performed and Chiru, the mega uncle of Tej is super excited. He was the one who supported the film from the beginning and was confident about the film’s success.

Now that the film has become a big hit, Chiranjeevi gifted Tej a limited edition watch to Tej as a special gesture. The limited-edition watch is said to be quite expensive and has made Tej super happy.

The young hero is seen quite happy posing with the watch in this picture.