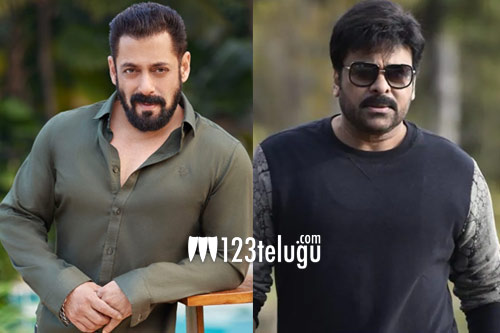 The canvas of Chiranjeevi’s upcoming project, Chiru153 is set to get a whole lot bigger as Bollywood superstar Salman Khan has agreed to play an important role in the film.

The makers of Chiru153, which is the Telugu remake of Lucifer have reportedly roped in Salman Khan for an extended cameo role in the film. It is heard that he will be joining the sets soon.

Chiranjeevi will be announcing the arrival of Salman Khan in style very soon. The latter reprises the role played by Prithviraj Sukumaran in the original, Lucifer.

Nayanthara and Satya Dev play other lead roles in the political thriller which is directed by Mohan Raja.