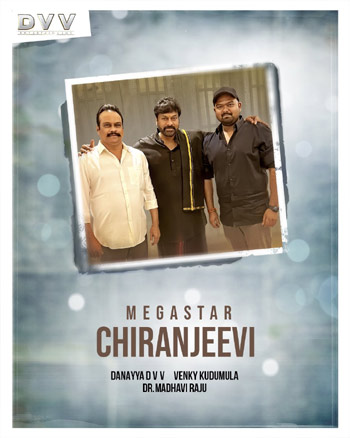 Megastar Chiranjeevi is doing back-to-back films and we were the first ones who revealed that none other than young director Venky Kudumula will be working with Chiranjeevi.

We had also revealed that DVV Danayya will be producing this film on a big scale. Now, the update is that the crazy project has been announced today making fans super happy.

The news is that the megastar was highly impressed with the story and gave his nod right away. The film will go on floors once Chiru wraps up his current projects.

Venky Kudumula has last directed Chalo and Bheeshma in the past. Watch this space for more updates on this project.