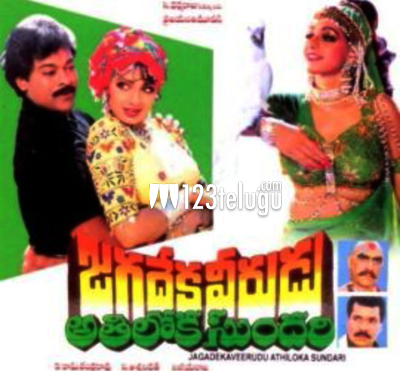 Megastar Chiranjeevis’s blockbuster socio-fantasy film, Jagadeka Veerudu Atiloka Sundari, will soon enthrall its fans with a digitalized 3D version. The film’s producer, Aswini Dutt, has been planning to re-release the film by digitally restoring the film with enhanced sound. The restoration work may commence soon and the film will release by the end of this year.

Recently, the film’s core unit members, Chiranjeevi, director Raghavendra Rao and Producer Aswini Dutt celebrated the film’s Silver Jubilee and recollected fond memories of its making and release. During the celebrations, Aswini Dutt expressed his wish to make a second part to the film starring Ram Charan under his Vyjayanti Movies banner.

Even though no official announcement has been made in this regard, no wonder that Mega fans will be thrilled to see Cherry in Chiru’s role.