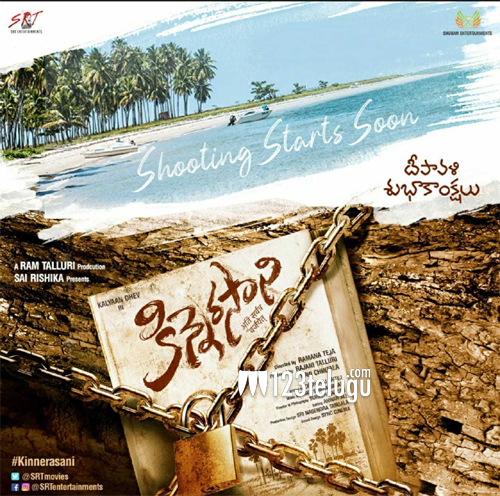 Megastar Chiranjeevi’s son-in-law Kalyaan Dhev launched his new film a couple of days ago. And on the occasion of Diwali, the makers announced that the film has been titled as ‘Kinnerasani’. The name Kinnerasani has a lot of significance in Telugu literature and it’s laced with rural flavour.

The caption in the title reveal poster, “When undying love can cause a great deal of crime, what is a little pain?” makes for an interesting backdrop for this romantic crime thriller. Ramana Teja, who made his directorial debut with Naga Shaurya’s Ashwathama earlier this year, will be helming this project.

Rajani Talluri and Ravi Chintala will be jointly bankrolling it under Ram Talluri’s presentation. Mahathi Sagar will compose the music. More details will be out soon.