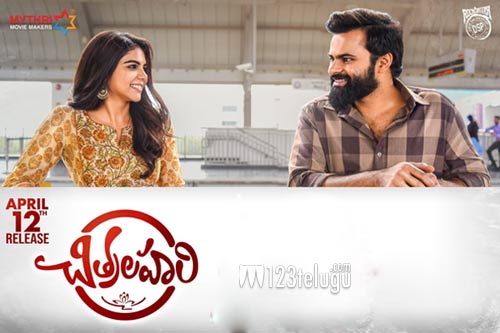 Young Mega hero Sai Dharam Tej Nivetha Pethuraj and Kalyani Priyadarshan’s much-awaited romantic drama, Chitralahari, is all set for a grand worldwide release on April 12. The buzz around the film has been quite positive.

Thanks to the positive buzz, Chitralahari has done a solid pre-release business. Let’s have an overall glance at the film’s business deals. Mythri Movie Makers, the banner that bankrolled Chitralahari, had spent nearly Rs 21 crores on the making of the film.

Coming to Chitralahari’s theatrical rights, the film has been sold for Rs 13 crores, including the twin Telugu states, Rest of India and overseas. Here’s the breakdown – Andhra 6 Cr, Nizam, 3 Cr, Ceded Rs 1.7 Cr, Overseas 90 lakhs and the remaining from Karnataka, Chennai and other areas.

On the other hand, the digital, satellite, Hindi dubbing and audio album rights fetched another Rs 12 crores. This means that the makers have pocketed a table profit of Rs 4 crores already. An appreciable thing is that the producers sold the film’s theatrical rights for nominal rates despite getting fancy offers.

If Chitralahari manages to get a decent response from fans and critics upon its release, the film will easily break even and land its buyers in profits within its first week. For now, all eyes are on April 12.