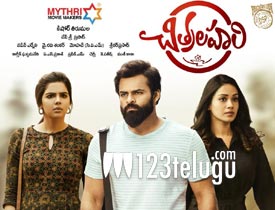 Chitralahari opened to some mixed reviews all over today. The film also premiered in the US and the latest we hear is that the film has made $62,052K from 107 Locations on the premiere day.

With Majili doing quite well, we need to see how this film is going to hold the box office. Tej, in particular, is being lauded for his performance.

In India too, the film has opened well in both the states. The weekend collections will be a huge key for the film which is directed by Kishore Tirumala.