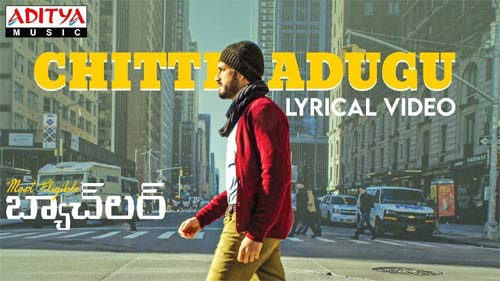 Most Eligible Bachelor is a film that is up for a release on the 15th of this month in a big way. The songs of the film have caught on quite well and today one more song has been released.

Titled Chitti Adugu, this song is a fast number shot in New York. Akhil is shown as the man who is soul-searching and Gopi Sundar keeps this song quite upbeat.

The lyrics are meaningful and the singing by Zia Ul Haq reminds us of Sukhwinder Singh’s songs. The montage number looks cool and makes this album a hit one. MEB is directed by Bommarillu Bhaskar.