Chiyaan Vikram to dub in these many languages for Ponniyin Selvan
Published on Jul 13, 2022 8:30 pm IST 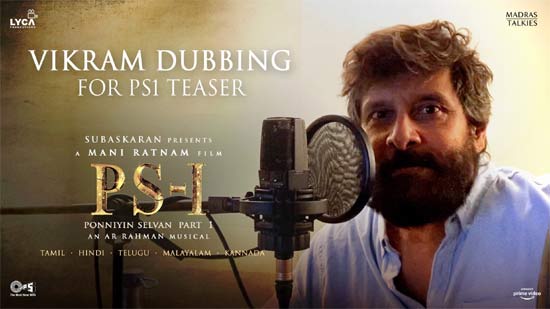 Chiyaan Vikram who fell ill and got admitted to the hospital is doing good now. The actor missed the teaser release event of Ponniyin Selvan. Hence the makers announced that they have a little surprise for the actor’s fans.

Keeping up the promise, the production house announced that the versatile actor will be dubbing for all 5 languages in which Pooniyin Selvan will be released. A video was released to reveal the same. This would for sure make his fans happy who missed the actor’s presence at the function.

Vikram will be seen as Chola Prince Aditya Karikalan in this visual extravaganza which will hit the screens on 30th September in Tamil, Telugu, Hindi, Kannada, and Malayalam languages. Apart from this high-budget film, Vikram’s Cobra is all set to hit the screens worldwide on August 11th.