Choreographer Jani Master’s second film as a hero gets a title
Published on Jul 2, 2021 2:17 am IST 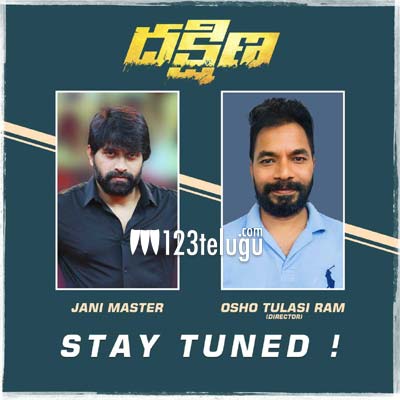 It’s well known that popular choreographer Jani Master is making his debut as a hero. Even before his maiden film wrapped up its shoot, Jani Master’s second film has been announced earlier today on the eve of Jani’s birthday. The film is interestingly titled Dakshina.

Dakshina will be directed by Mantra fame Osho Tulasi Ram. Tulasi Ram revealed that the film will be a supernatural thriller and it will be shot in Araku and Goa forests and Bengaluru. Names of the producer and other cast and crew members will be revealed very soon. The shooting will kick-start soon.