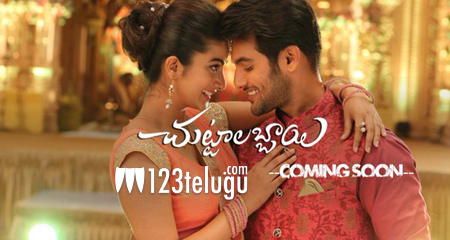 With the film’s audio launch all set to take place on the 16th of this month, the makers of young hero Aadi’s Chuttalabbayi are unveiling a single, composed by SS Thaman, from the audio album in a short while today.

Chuttalabbayi is a wholesome family entertainer and the makers are wrapping up the post-production formalities at a jet speed. Senior actor and Aadi’s father Saikumar will be seen in an important role this film and this is the first time that the father-son duo is sharing the screen space.

Veerabhadram Chowdary is the director of this film, which has Malayali beauty Namitha Pramod making her Tollywood debut. Venkat Talari and Ram Talluri are producing this film under their Sree Iswarya Lakshmi Movies and SRT Movie House banners respectively.