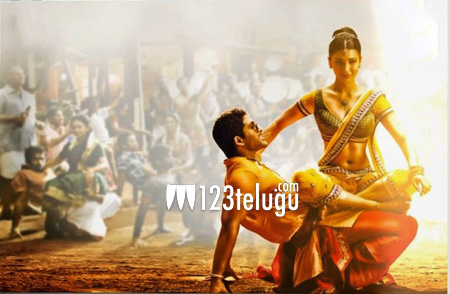 Released in April 2014, Allu Arjun and Shruti Haasan’s stylish action entertainer, Race Gurram, was a huge box-office success and stood among the top 5 highest grossing Telugu films ever. Even the film’s audio, composed by SS Thaman, was a huge hit and some of the songs are still popular among music lovers.

Now, the superhit mass number from the film, ‘Cinema Choopistha Mava’, amassed a whopping 1 crore plus views on the producer’s official channel on YouTube. This is indeed a rare feat by any south Indian film song on the popular video sharing site. The song also clocked more than 10,000 likes. This success once again proves how Telugu audiences love the ‘mass’ elements in our films.