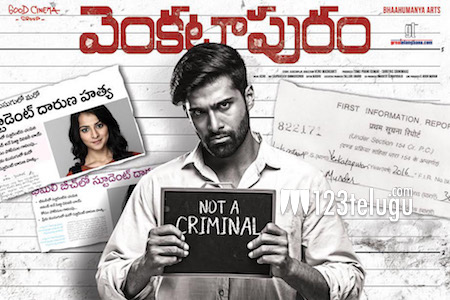 Rahul’s latest film, Venkatapuram is doing decently well with some good word of mouth. To make things even better, the makers have released the first eight minutes of the film directly through online.

Reports suggest that this is a collective decision from the makers as they feel that after watching the first eight minutes, the viewer would be even more excited to watch the film on the big screen. The video has gone viral and is trending all over now.

Venkatapuram is a revenge drama which has Mahima as the female lead. Shreyas Srinivas produces this film which has Rahul in a very gritty and angry man’s avatar.