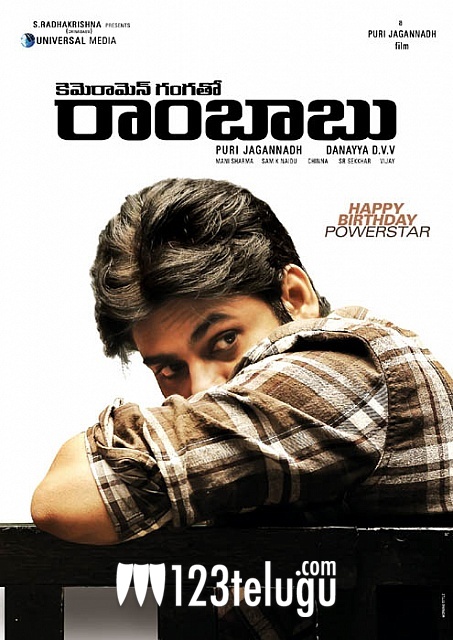 As per the latest news we are hearing, Power Star Pawan Kalyan’s ‘Cameraman Ganga tho Rambabu’ Krishna district rights have been picked up for a superb amount of about Rs. 2.25 Crores by the 14 Reels Entertainment group. The film is gearing up for a massive release on October 18th and Pawan Kalyan will have Tamanna as his leading lady in the movie.

Puri Jagan is the director and Danayya is the producer of this entertainer. Post production is currently going on and Pawan Kalyan is dubbing round the clock for the movie. Mani Sharma has scored the music.

CMGR will have Pawan in the role of a powerful TV journalist and the recent theatrical trailer with some punch dialogues has received a good response from the public.