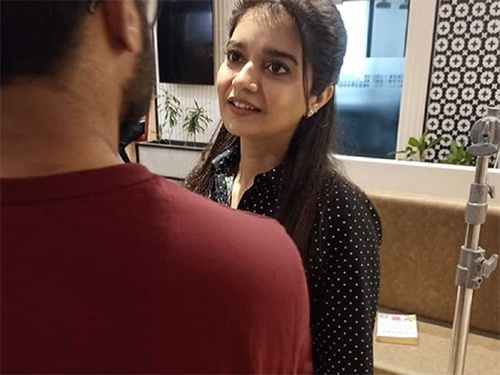 Colors Swathi was in the news when news broke out that she got separated from her husband. She denied the news but nothing much was heard about her later.

Now, she is back in the news once again. There was a talk that Swathi has signed a web series and film that will be produced by a noted OTT platform but there was no confirmation.

But yesterday, Swathi was seen shooting for one of the projects in Hyderabad. The image of her from the shooting spot has gone viral. The news is that the project has been titled “Panchathantram” and will be a serious drama.