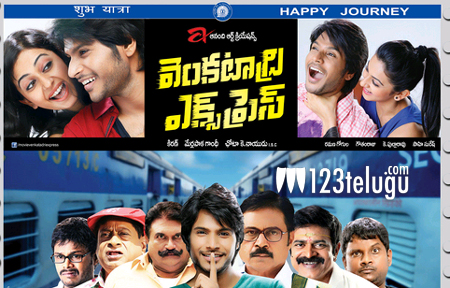 The film ‘Venkatadri Express’ is getting ready for a release this Friday. The movie has been directed by Merlapaka Gandhi and Gemini Kiran is the producer. Sundeep Kishan and Rakul Preeti Singh will be seen as the lead actors. Production team members are quite confident about their product and they have two strong reasons for this.

To start with, the comedy quotient in the film is said to be quite good. Good comedy tracks seem to have become essential for Box Office success these days. The second big asset for the film is expected to be its novel storyline. In a few interviews, hero Sundeep Kishan has praised director Gandhi for coming up with this story.

Ramana Gogula has composed the music for this movie. Let us see how things work out for ‘Venkatadri Express’ at the Box Office.