Comedy director confident about his formula
Published on Nov 2, 2016 2:14 am IST 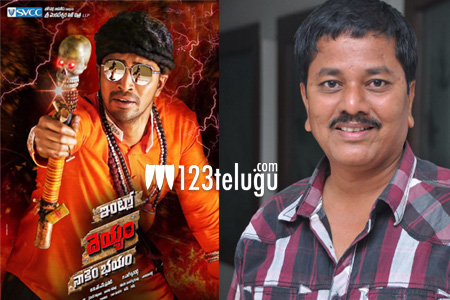 Some comedy directors rely on a formula to score hits at the Box Office. This formula keeps them going even if they churn out routine films. These films make money at the Box Office and distributors are very happy to associate with these films.

Nageshwar Reddy is one such director and he has a good strike rate. The veteran director is known for infusing loads of humour into a fast paced screenplay and this is the formula that has been working well for him over the ages.

Now, this director is gearing up for the release of his film ‘Intlo Deyyam Nakenti Bhayyam’.Nageshwar Reddy is confident about scoring a hit at the Box Office with this movie and he has infused a lot of humour into this horror comedy as well.

Let us see whether Nageshwar Reddy’s judgement finds its mark on November 11th.