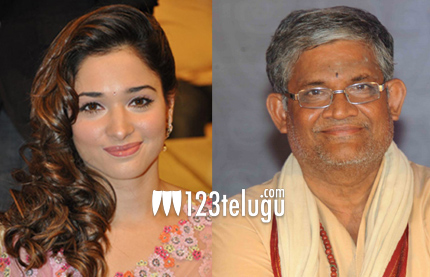 Super star Mahesh babu is pairing up with milky beauty Tamanna for the first time. Tanikkella bharani is acting as Tamanna’s father in a comedy villain role. Tanikkela bharani said that this is one of his favourite roles in recent times.

Action comedy entertainer specialist Srinu vaitla is directing this movie under 14 reels entertainment production. Music director who gave hits like Dookudu and Businessman, Thaman, is once again composing tunes to Mahesh babu’s movie. This is going to be Thaman’s 50thAlbum and will be released on the occasion of Mahesh’s birthday onAugust 9. Movie will be released in the September second week.

Currently, Agadu shooting is going on in Hyderabad. Some crucial action scenes will be picturised in this schedule. A song on Mahesh and shruthi hassan will be shot in schedule starting from 18th. Also movie unit will be moving to Norway this month end for the shoot of two songs on Mahesh and Thamanna.