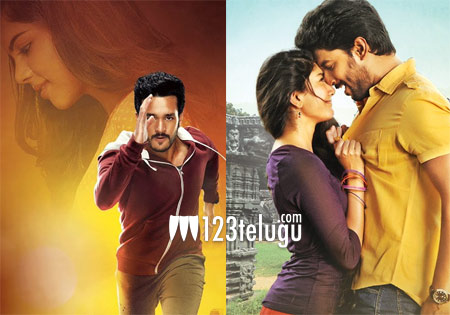 From the past few weeks, there was a doubt that either MCA or Hello will change their release dates so that the competition would be avoided between the two.

But Dil Raju made it clear that his film, MCA would release as announced on the 21st of this month. With this, the official competition is now on as Hello is slated for a release on the 22nd of December.

The buzz for Hello has caught on quite well after the audio launch yesterday. Meanwhile, MCA also has some big names like Nani, Dil Raju, and Sai Pallavi who have huge craze among the audience.

Both the films are quite prestigious in their own rights and will also see a good opening. As the Christmas season will be on during this time, there is a scope that both the films can make good money.

But we need to see which film comes on the top in this tough fight. Hello is directed by Vikram Kumar whereas MCA is helmed by Venu Sriram.