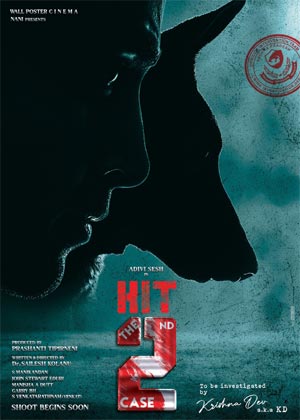 Hero Vishwak Sen made a name for himself with the success of ‘HIT’ that was produced by Nani. There was news that Nani will himself bankroll HIT 2 also as the story was ready with director Sailesh Kolanu.

The update now is that none other than the handsome hero, Adivi Sesh will be playing the lead in this film. The first look was out today and it looks intriguing and showcases Sesh as AD.

The film is not a sequel to HIT but will be a new chapter in the series. It will be an investigative film and will go on floors once Sesh completes his new film Major.