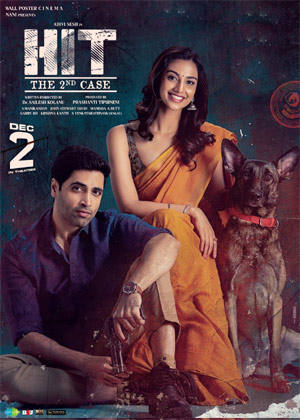 Adivi Sesh’s starrer HIT: The 2nd Case is ready to hit screens this Friday worldwide. Ahead of that, the makers held a grand pre-release event, which has SS Rajamouli as the chief guest.

The latest news is that Adivi Sesh opened up about the Hindi version of HIT 2. In the pre-release event and also in an Insta Live, he said that the dubbing works are underway and mentioned that the release date of the Hindi version will be announced soon.

HIT 2, written and directed by Sailesh Kolanu, has Meekanshii Chaudhary, Rao Ramesh, Komalee Prasad, Adarsh Balakrishna and others in significant roles. MM Sreelekha is the music director of this crime thriller, bankrolled by Wall Poster Cinema.