Confirmed: Sreeleela to romance Naveen Polishetty in his next
Published on Jun 14, 2022 7:00 pm IST 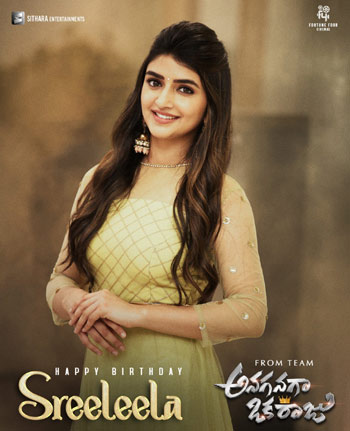 Kannada actress Sreeleela has gained immense popularity in Tollywood with her Telugu debut, Pelli SandaD. Though the film didn’t go well at the box office, the actress has got many big offers from the industry.

The actress has turned 20 today and on this occasion, Sithara Entertainment has released a poster to wish her a very happy birthday and also confirmed that she is the lead actress in Naveen Polishetty’s upcoming movie, Anaganaga Oka Raju.

Directed by Kalyan Shankar, the movie is co-produced by Fortune Four Cinemas. Thaman S is the music director for this movie, which is currently in the shooting phase. Keep watching this space for more interesting updates.