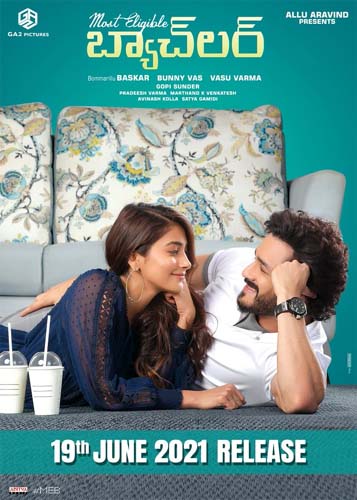 The film industry is hustling with a lot of activities for the last few days. Release dates of so many films are being announced one after the other and there are a plethora of releases lined up for this year.

At such a time, many were wondering when would Akhil’s film, Most Eligible bachelor come out. The makers did not give any update for the last month or so confusing many. But, finally, the time has come and the makers have revealed the release date today.

As per the latest update, the film will be out on the 19th of June. Bommarillu Bhaskar is making his comeback with this film that also has Pooja Hegde as the main female lead. This film needs to click as both Akhil and Bhaskar are going through a tough time in their careers.