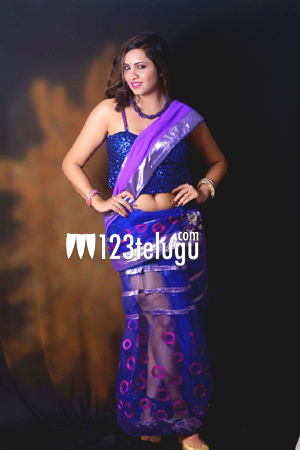 Thanks to Baahubali, Prabhas has become a huge star all over the country. He is busy with his new film Saaho and the latest we hear is that controversial model and actress, Arshi Khan will be working in a film starring Prabhas.

Arshi Khan stormed the limelight because of her bold comments and loud behavior in the recently concluded Bigg Boss Hindi show. Naturally, she has become the hot topic and has been signed on for a film featuring the rebel star.

Now, it is yet unclear as to which film she has been signed on. There is a talk that Prabhas will also be making his Bollywood debut soon. Whatever is the reason, the controversial actress is quite happy and revealed this news on Twitter.