Controversial teaser of Parannageevi to be out today
Published on Jul 23, 2020 2:28 pm IST 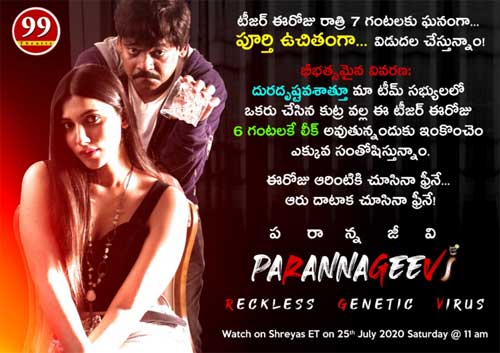 Parannageevi is a film that has caught the attention of many. The film is a counter-attacking project on RGV and the film is ready to hit the small screens tomorrow at 11 AM.

The teaser of the film will be out tonight at 7 PM and many are excited to see what will Nutan Naidu, the director showcase about RGV that we do not know already.

The film has some noted faces and is being made on a quick note. It will also premiere at the same time as when RGV’s Power Star will come out tomorrow.