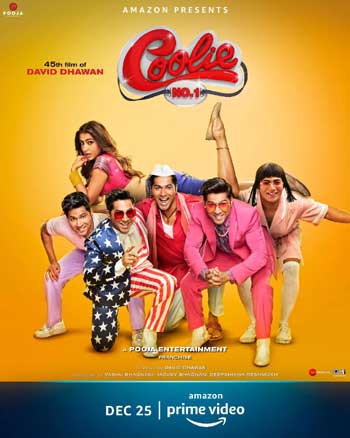 It is already reported that noted Bollywood star, Varun Dhawan’s new film, Coolie No:1 is going to skip its theatrical release and go for an OTT streaming. Popular digital platform Amazon Prime has acquired the film’s rights.

Meanwhile, the latest news is that Coolie No:1 will be premiering on Amazon Prime on December 25, 2020, as a Christmas special. Starring Sara Ali Khan in the female lead role, the film is an official remake of Govinda’s 1995 film of the same title.

The latest version of Coolie No:1 is the 45th directional venture of David Dhawan. Rohit Dhawan bankrolled it.