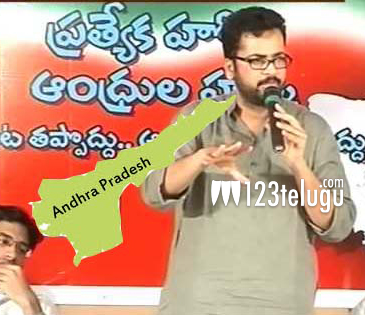 Demanding special status for the bifurcated Andhra, actor Shivaji is staging an indefinite fast from the last 48 hours near the district collectorate in Guntur. Many people and social activists have lend their support to this actor, who stated that he is ready to sacrifice his life if the ruling party doesn’t fulfil the trust of the people after they voted in their favour.

Despite repeated requests, Shivaji, stood to his guns and relentlessly continued on his hunger strike. In the meantime, the team of doctors who examined him have reported that his health condition is deteriorating. With this, the police have forcefully disrupted his strike and carried him on an ambulance to the government hospital in Guntur.