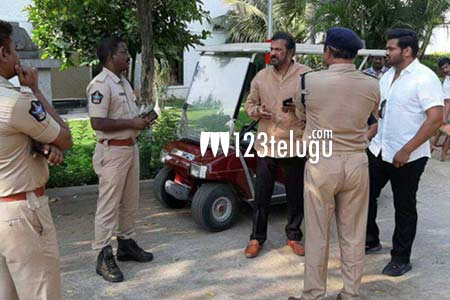 A couple of days ago, veteran film star Mohan Babu announced that he, along with his Sree Vidyaniketan Engineering College students, will organize a massive protest today in Tirupati against the ruling TDP government regarding the fees reimbursement issue. Mohan Babu’s announcement gained prominence in view of the upcoming general elections.

In order to prevent any untoward incident, the Tirupati police officials deployed a large number of cops at Sree Vidyaniketan this morning. Going by the latest media reports, Mohan Babu will remain house arrested until the tensions ease out. However, Mohan Babu is determined to carry on with his protest and the situation may turn intense. Mohan Babu’s younger son Manchu Manoj is accompanying his father in his protest.