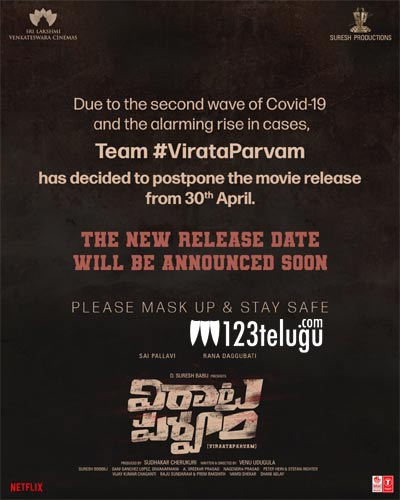 Virata Parvam is a film that has been in the making for quite some time now. The film is being directed by Venu Udugula and has Rana, Sai Pallavi in lead roles.

The film was up for a release on the 30th of April and there is a good buzz for this film as the songs have clicked quite well. Now that the Corona scare has increased, the makers have postponed the film to a further date.

The film is produced by Suresh Productions and has some known faces doing key roles. So, only time will tell when this film will come out.