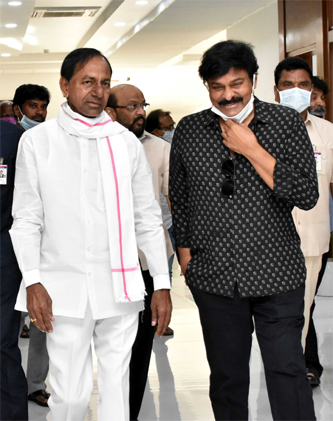 It is a known fact that the Telangana government gave permission to start the post-production works of their films to the industry folks and some have already begun working on it.

The shoots will also be starting in a few weeks from now on. The shoots will be done with a limited crew and the latest we hear is that every person on the set will be properly checked before entering the shoot premises.

If anyone has a slight temperature or any discomfort in health, the shoot will be stalled until everyone gets better. The industry is getting ready to finish the pending shoots of those films first which are 95 % complete.