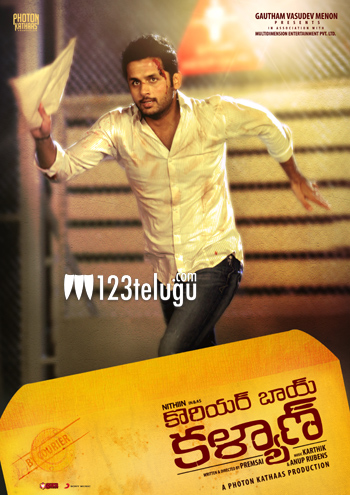 Nithiin is right now busy wrapping up the shoots of two of his upcoming films, which are ‘Courier Boy Kalyan’ and ‘Heart Attack’.

The shooting of ‘Courier Boy Kalyan’ is in the final stages now and will be completed shortly. Yaami Gautham will be participating in the shoot at Chennai this week. The post production work is going on at brisk pace and the first look which was released recently got a good response from the audience. This movie is a bilingual and will be released in Tamil and Telugu simultaneously.

Prabhu Deva’s protégé Prem Sai is debuting as a director with this film and Karthik is composing the music. Gautham Menon is producing this movie on ‘Photon Kathas’ banner.