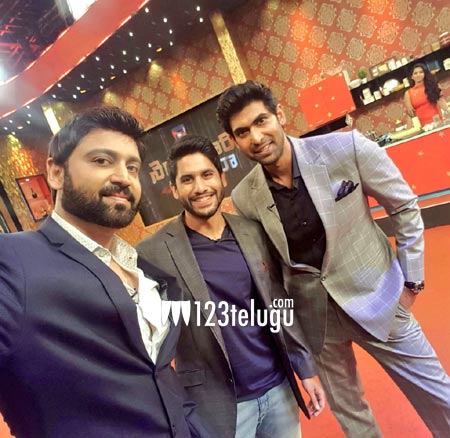 Recently, Rana Daggubati announced that he will be making his entry into the world of television with a talk show titled No.1 Yaari. The show will invite several celebrities who will reveal unknown facets of their friendships.

Rana will shoot the first episode of the show today. He took to Twitter this morning and revealed that his cousin Naga Chaitanya and uncle Sumanth will be the guests of the show’s first episode. Rana also asked his followers to come up with interesting questions which he can pose to Chay and Sumanth.

No.1 Yaari will soon be aired on the popular Telugu entertainment channel Gemini TV.