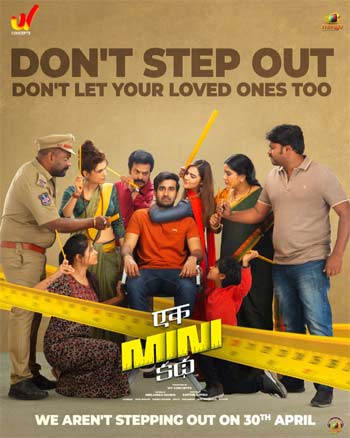 Ek Mini Katha, starring Santosh Shoban and Kavya Thapar in the lead roles is the latest Telugu film to be postponed due to Covid second wave. The makers have released a new video to announce the same.

In the video, Santosh who plays protagonist in the comedy caper confirms the film is not arriving in theatres on 30th April. Also, he urges everyone to wear a mask and stay safe in these challenging times. The new release date will be announced only after normalcy is restored.

Ek Mini Katha is billed to be a new-age comedy drama with a peculiar plot. Debutante Karthik Rapolu is directing the film and UV Concepts are producing it.