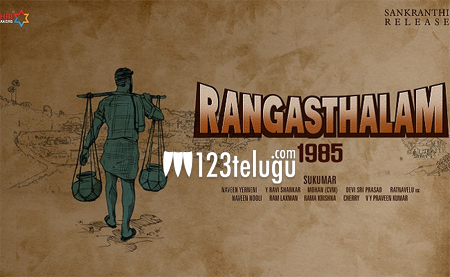 Rangasthalam is one film which has been in the news for a long time now. The big budget film is a traditional village drama which happens during the late 80’s.

There is a superb buzz for this film as it is being directed by Sukumar. As the film is up for a Sankranthi release, the pre-release business of the film is going on a huge scale.

Some unheard amounts are being quoted by the distributors for this film. In areas like Vizag, the film is being sold for close to 8 crores and this itself proves that the film is a hot cake.

Then, there is satellite, musical, overseas and digital rights which will fetch the film a huge amount and make the film a hot topic of discussion all over.