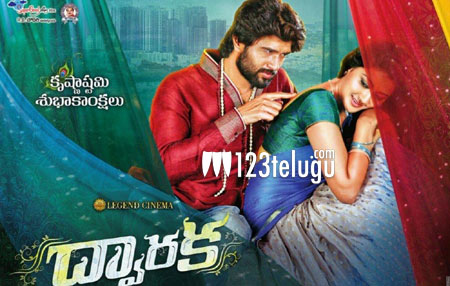 Thanks to the overwhelming response to the teaser of young hero Vijay Devarakonda’s forthcoming romantic entertainer, Dwaraka, craze has been building up for the film from all quarters.

The teaser showcased the rich production values pumped in by the prestigious banner Supergood Movies and the vibrantly shot visuals by ace cinematographer Sam K Naidu.

The grand success of Vijay’s recently released Pelli Choopulu, which is still running successfully in several theaters, has added to the craze surrounding Dwaraka. Pooja Jhaveri plays the female lead in this Srinivasa Ravindra directorial.