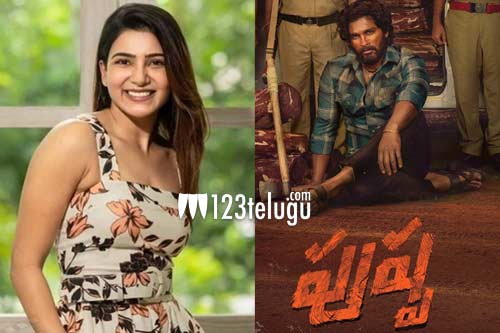 It looks like the months long suspense on the actress who will sizzle alongside Allu Arjun in a mass dance number in Pushpa’s special song has ended at last. Until recently, popular actresses like Pooja Hegde and Nora Fatehi were rumored to have been considered by the makers.

Now, the latest crazy buzz in film circles reveals that it’s none other than star heroine Samantha who is the front-runner to set the screens on fire with her raunchy and electrifying moves with Bunny. The song’s shoot will take place next week, and the makers are expected to come up with a formal announcement regarding Sam being part of it. Stay tuned for further updates.