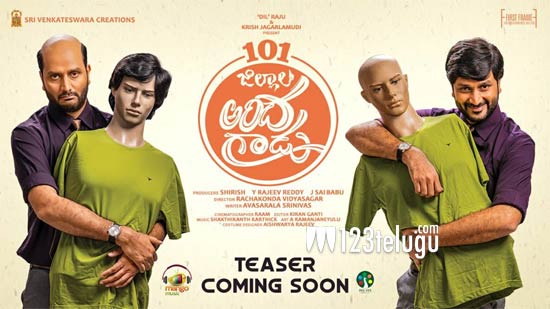 It is been reported that top Telugu producer Dil Raju collaborated with talented director Krish for a project. Titled 101 Jillala Andhagadu, the film stars director Srinivas Avasarala and Ruhani Sharma in the lead roles.

Meanwhile, this afternoon, the makers have unveiled the first look poster of the film. Seen with a bald head, Srinivas’ look and appeal have instantly caught the audience’s attention.