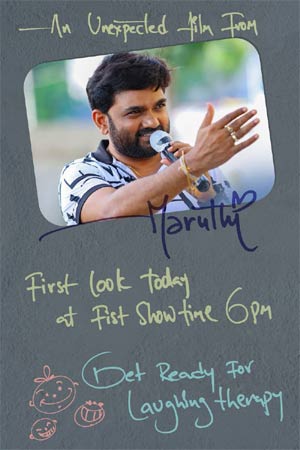 It is a known fact that Maruthi is doing a crazy film with Santosh Shoban and Mehreen. The film will have an OTT release and has been in the news for a long time now.

The update is that the first look poster and tile will be out today evening at 6 pm. This film has been completed in record time and is busy with its post-production formalities.

Maruthi is also working on another film called Pakka Commercial starring Gopichand. The film will also go on floors in the days to come. Watch this space for more updates on this project.