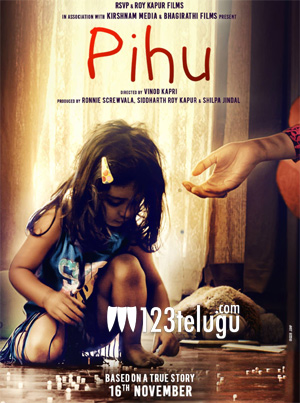 Off late, filmmakers in India are trying some of the most different and unique ways to narrate their stories. Among them are some thrillers which catch your imagination at once.

One such film which has created a sensation of sorts is the Hindi film Pihu. The film’s trailer which was released yesterday is breaking the internet because of its thrilling and emotional content.

Pihu is about a three-year-old girl who gets stuck in an apartment and goes through a series of crazy incidents. The way the trailer has been cut and thrills showcased featuring the little girl has become a hot topic of discussion all over the social media and general audience.