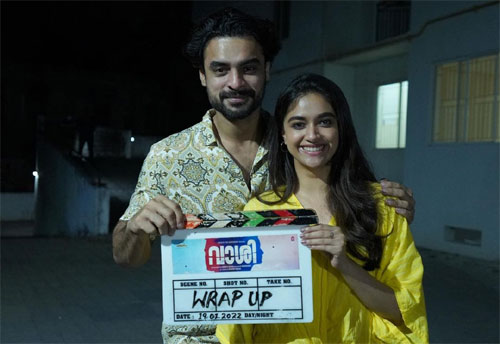 Malayalam cinema is on the move towards the top as some big films are being made in the days to come.

One such film which has been in the news is Vaashi. The film stars hotshot actors Tovino Thomas and Keerthy Suresh in lead roles.

The film has now wrapped up its shoot. A few days back, the shoot was halted as Keerthy Suresh tested positive. Now that she is fine, the film has been wrapped up. The film is a fun romantic drama with a twist.