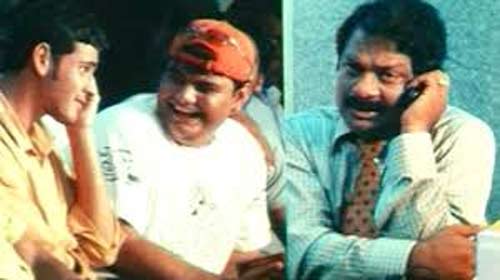 Okkadu is one of the biggest hits in the career of Mahesh Babu. Directed by Gunsekhar, this film made Mahesh Babu a big star in Telugu cinema.

If you go back in time and remember a comedy scene from the film where Mahesh Babu comes to Dharmavarapu Subramanyam who plays a passport office for Bhumika’s passport.

Dharmavarapu keeps talking on the phone and tells his lover to call him on his new number 9848032919 in a satirical and funny manner. The way the late comedian pronounces the number was hugely imitated later on.

Well, the funny fact is that the number was producer M S Raju’s and he got flooded with calls ever since the film released and had to change to a new number.