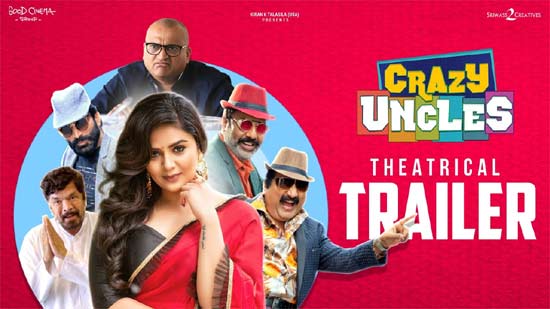 Crazy Uncles is directed by E Sathi Babu and produced by Good Friends and Boddu Ashok. Kiran K Talasila is presenting the film.